Conor Gallagher has posted an emotional message on Instagram thanking the manager, players, staff and fans at Crystal Palace.

The 22-year-old spent the season on loan at the Eagles from Chelsea, making 34 league appearances.

The former West Brom loanee impressed while at the south London club, scoring eight goals to be the side’s second-highest scorer and having the highest WhoScored league rating in the team.

It has been a beneficial season for the Cobham Academy graduate as well, who was called up to the England squad for the first time in November.

On the Instagram post on Sunday evening, Gallagher said: “I’m so proud to have been part of this team in which was a very successful season in the league and getting to Wembley for the FA cup semi-final was amazing. 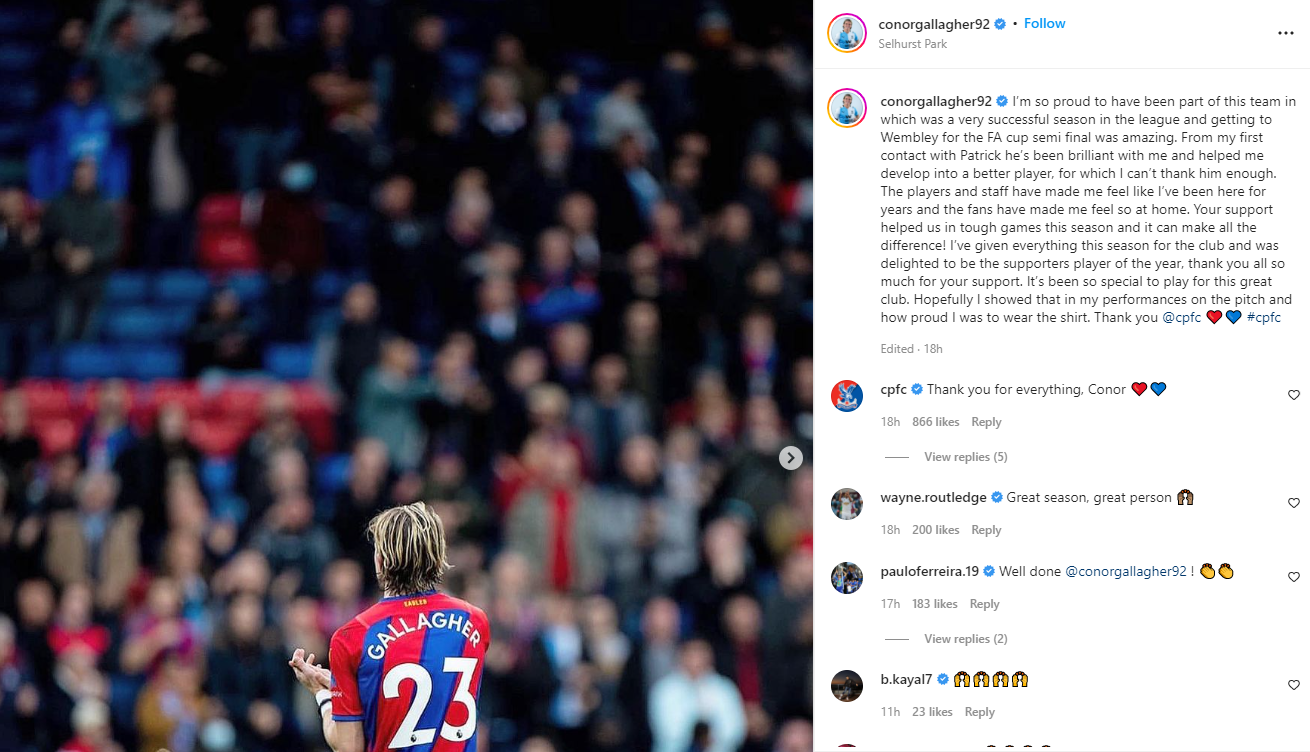 “From my first contact with Patrick he’s been brilliant with me and helped me develop into a better player, for which I can’t thank him enough. The players and staff have made me feel like I’ve been here for years and the fans have made me feel so at home.

“Your support helped us in tough games this season and it can make all the difference! I’ve given everything this season for the club and was delighted to be the supporters player of the year, thank you all so much for your support. It’s been so special to play for this great club.

“Hopefully I showed that in my performances on the pitch and how proud I was to wear the shirt. Thank you.”

The England international was already very popular among Palace fans, who voted for him as their Player of the Season, and the farewell post will only endear him further to the Selhurst Park faithful.

The tone of the message suggests that we have seen the last of him playing in Patrick Vieira’s side, and he will be very hard to replace.

This campaign he completed the most pressures in the league, and he is second for the Eagles in tackles, key passes and dribbles per game.

This was surely a season from the Surrey-born midfielder that won’t be forgotten in a hurry in south London.